Rick is a folksinger/songwriter from Franklin, WI who performs a blend of traditional folk ballads and tunes along with his own original songs and favorites by others including Bill Staines, John Denver, Joel Mabus and Stan Rogers.

An accomplished autoharp player, he was the champion at the 2009 Mountain Laurel Autoharp Gathering, widely considered to hold the world’s premier autoharp competition.

Rick’s albums are now available for purchase through PayPal/credit card via the “Buy CD” buttons or by sending a check ($15 per CD) to the following address:

Rick’s eagerly awaited third album, “Earth Without Art” has been released!
Click on the album cover to hear song samples. 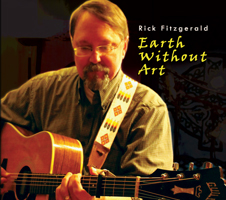 This heartfelt collection prominently features Rick’s voice, 6 & 12-string guitars and diatonic autoharps.  It is dedicated to the songs and artists that have served as his musical inspiration and features four new original songs that hope to carry that inspiration forward.   Here’s the link to a review from Autoharp Quarterly.  Songs include:

Also released is a new collaborative album, “Chasing Sunshine“, featuring acoustic pieces by Rick Fitzgerald along with fellow artists Maggie Dodd and Michael Poole.  Enjoy the warm harmonies and song selections performed by this trio of accomplished musicians in their debut release!  Here’s the link to a review from Autoharp Quarterly.
Click on the album cover to hear song samples. 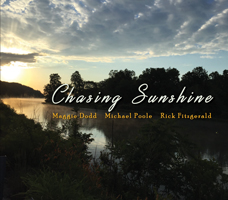 This album, “Crossing The Water“, is a balance of fine instrumental tunes and songs with rich vocals.  It is Rick’s second and most autoharp-centric album, featuring two of his signature autoharp instrumentals from the Mountain Laurel Autoharp championship: “Calypso” and “Ghost Riders in the Sky”.
Click on the album cover to hear song samples. 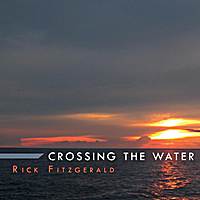 Rick’s debut CD, “Living Up To A Dream“, is an entertaining mix of songs ranging from the whimsical, to the romantic, tragic, and the inspirational.  It features four of Rick’s original songs, including “Hooray for the Denis Sullivan,” a true story of adventure aboard Wisconsin’s own tall ship, and “It’s Up to You (Living Up to Your Dreams),” guaranteed to lift you up.
Click on the album cover to hear song samples. 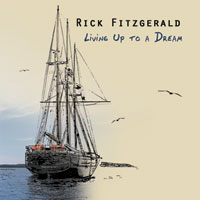 “Living Up to a Dream“ 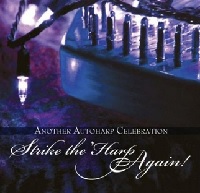 Here’s your anodyne to the sameness of the annual “Jingle Bells” playlist! Join the Cyberpluckers and their friends in their cozy song circle as they share their favorite uncommon and original seasonal song arrangements plus a few familiar ones.

Every track on “Strike the ‘Harp Again!” features the autoharp either solo or as part of an ensemble. “Strike the ‘Harp” is a unique double CD of songs and tunes both old and new. Among the 47 tracks, each arranged and executed by a different artist, you’ll find old favorites like Silent Night, Blue Christmas, and I Saw Three Ships side by side with soon-to-be-classics like Make My Present Small, Chocolate Box Baby, and Christmas at the Schoolhouse.

Every track features the autoharp either solo or as part of an ensemble.